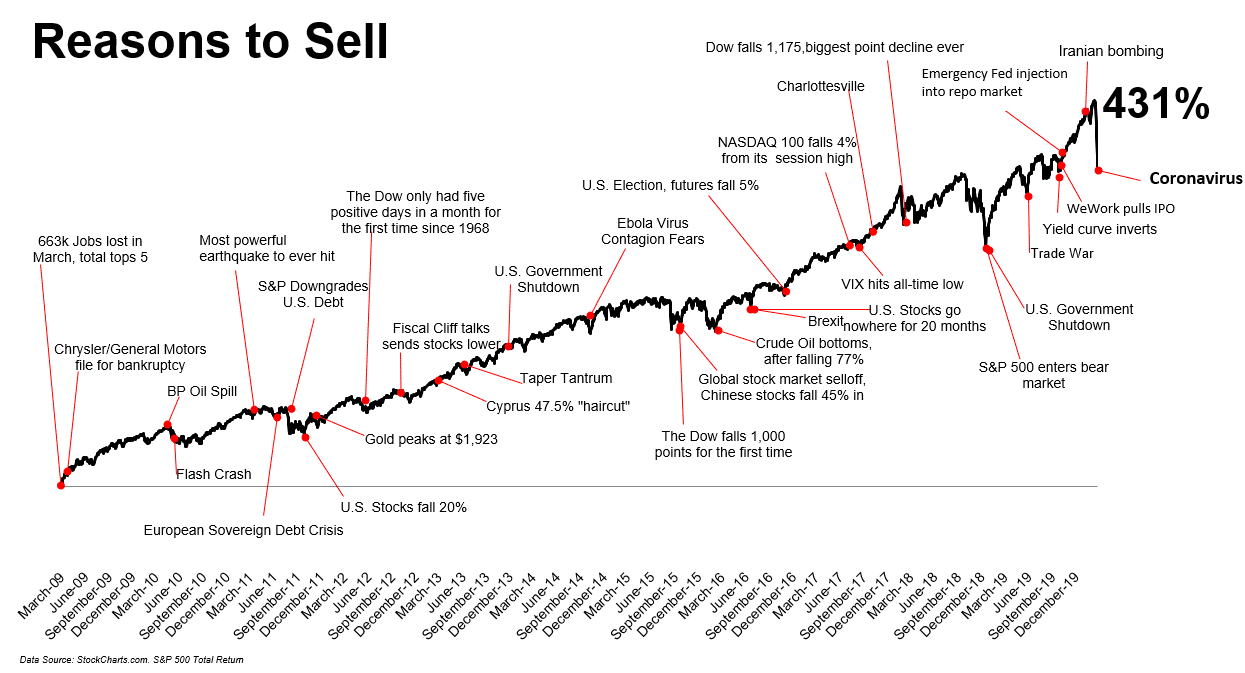 I am back from the least relaxing vacation ever. Not due to the market, but family issues (Mom’s recovering from a pacemaker implant) and that meant this was not the sort of stress-free getaway one hopes for in a vacation.

My uncanny knack for traveling during market dislocations, from the GFC to the Flash Crash to last week, did not help. But one of the strange advantages of being 1,614 miles south of Wall Street during these dislocations is that I get to experience them like the average investor would.

This is an instructive lesson for anyone managing money or running an RIA. You experience exactly how much news comes from television, and just how speculative, ignorant and even incendiary much of it is. I spend a lot of time in these pages discussing behavioral & cognitive issues, information theory and why our good enough to keep you alive on the savannah but not good enough for risking capital in markets mental models of reality have such a large gap versus reality. This was a real life example of all that rolled into one.

But experiencing a selloff this way was extremely instructive. Even the things I know the media is not great at still had the ability to shock me, with a level of incompetency I should anticipate (but don’t). I do not blame the Press, but rather, our own faulty cognitive mechanisms for interpreting that raging firehose of facts, theory, rumors, myths, speculation, misinformation, and the occasional genuine news.

I have two kinds of responses to this. The first is to play trial lawyer1 as I watch, raising objections as if in court: “Lacks Personal Knowledge/Calls for Speculation; Outside the witness’ expertise; No factual basis for that assertion; Question Calls for Narrative Answer; Lacks evidentiary basis; Vague and Ambiguous Answer; Creation of a Material Fact/False conclusion; Hearsay;” and perhaps my favorite, “Calls for Lay Witness Opinion,” as the Judge gavels “Sustained,” over and over again.

Viewing the news through this lens of a trial lawyer reveals that 90% of what you hear is nonsense. (Then again, 90% of everything is nonsense). You learn just how little we actually know, (and most pf these people don’t know what they don’t know), and how much of what passes for news isn’t.

Some news shows are better than others: Imagine a spectrum from the most accurate and contextual shows at one end to the least accurate, most speculative nonsense at the other end. You can easily imagine the order of the shows.

The second thing I did to help maintain some context was to read my favorite market and economic observers. It is not a coincidence that many of these folks work with me at RWM. You can see them mentioned in my tweets or in my daily reading list or here on the blog.

As an example, the chart above is via Mike Batnick, the Director of Research at RWM. I love this chart because it is a perfect example of what Howard Marks calls “Second level thinking:” Not just an off the cuff, knee-jerk reaction to some random market input, but rather a step back: It provides a broader context of market history, combined with an understanding of our own behavioral tendencies.

Valuable work like this is enormously additive to my contextual thinking.

Since we discuss process all the time, rather than me ask you if you panic-sold into to a 13% drop, or if you followed your plan — you do have a plan, right? — I’d rather pose a broader query: What information did you consumer last week? Who did you read, watch, listen to? Did it help or hurt your portfolio? What should you be reading? Why aren’t you?

It is not an overstatement to say: “We are what we consume.”

So ask yourself: Is your media diet making you lean and smart? Is it junk food, filled with empty calories? Are you merely confirming your priors? Is your consumption objectively helping you in any meaningful way?

And if not, what are you doing about it…?

1. “Trial lawyer” is but one of 5 hats that investors must wear, the others being Historian, Psychiatrist, Statistician and Accountant

John Oliver on the Coronavirus