The U.S. Cities With the Highest Economic Output 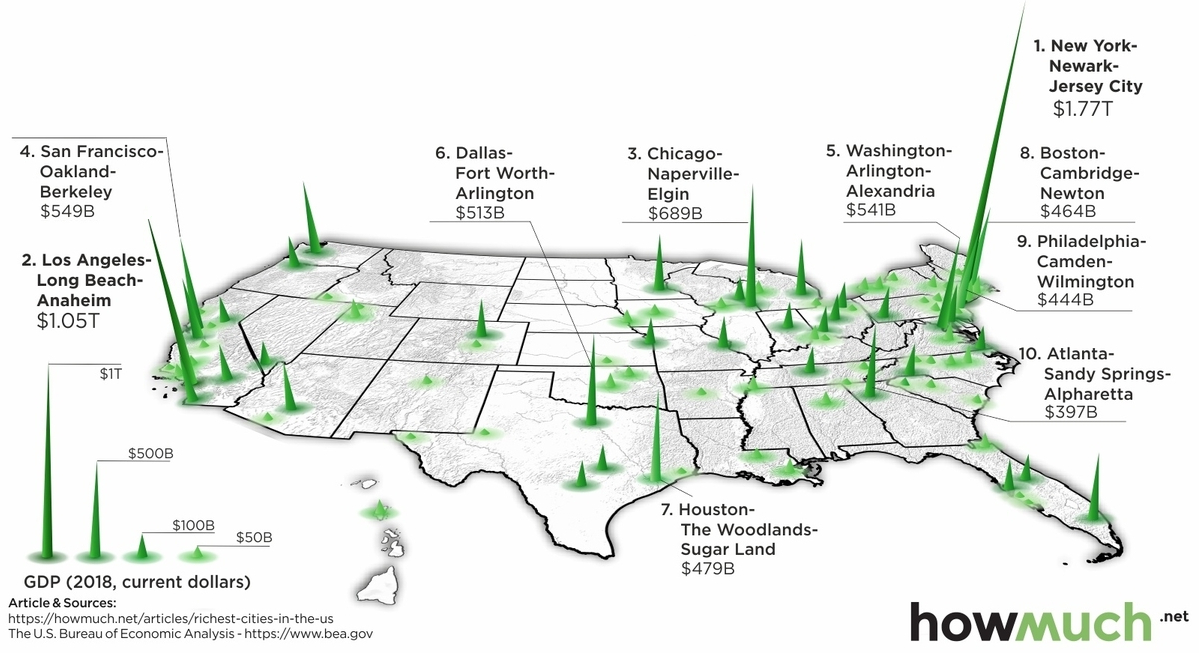 Each year, the 10 largest cities in America generate about $7 trillion dollars in economic output — about a third of the US annual total.

In 2020, cities have been mostly shut down, as the pandemic has led to strong protective measures in denser populations, with cities having the highest per capita per square mile.

Will cities recover? How fast? I don’t know, but for the past few 1000 years, cities have been the core drivers for all sorts of economic activity: Finance, Creative arts, Real Estate, Media, Technology, Medicine, Theater, Education, Television, etc.

For those betting against cities, I have one question: What will replace their economic output? What might get lost in shifting that production to a WFH remote set up?

Color me skeptical about the most dire forecasts about cities.