I was reading an NBER paper about the political bias of analysts (more on this later) when I read about the Federal Reserve Bank of Philadelphia’s Partisan Conflict Index.

Its a fascinating idea, one I had no idea this even existed: 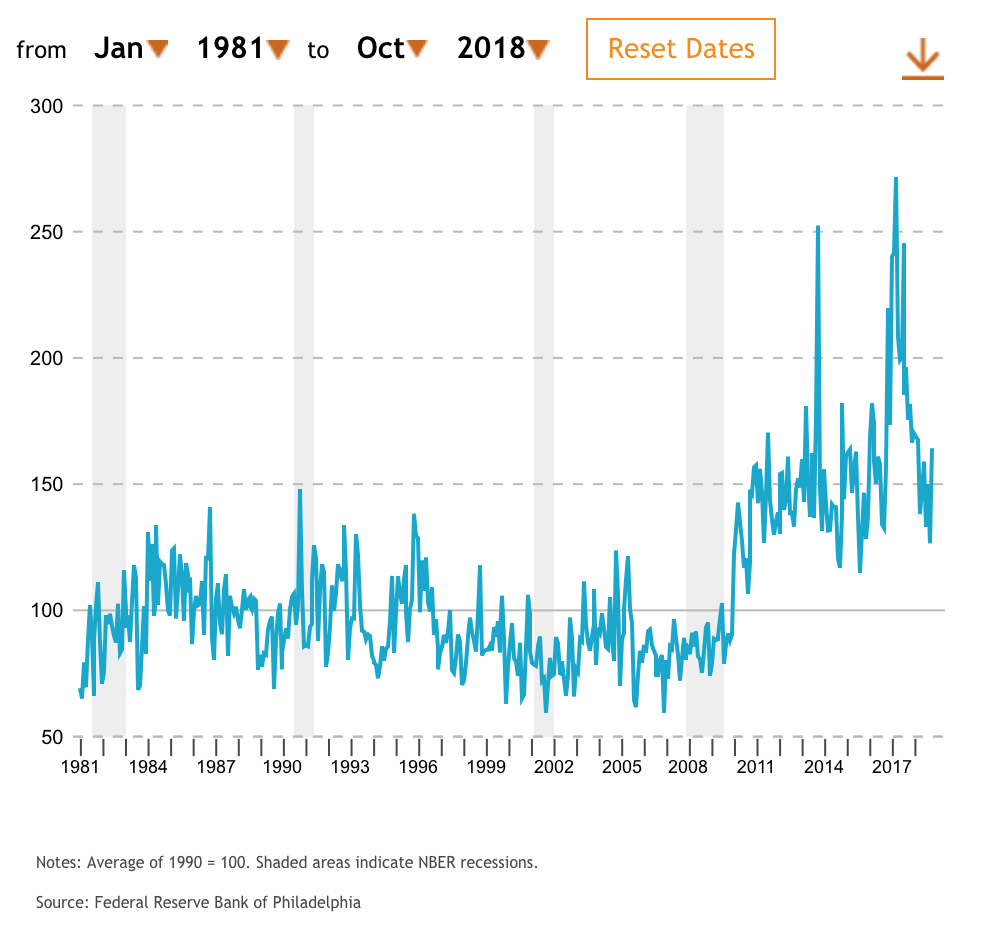 The Partisan Conflict Index tracks the degree of political disagreement among U.S. politicians at the federal level by measuring the frequency of newspaper articles reporting disagreement in a given month. Higher index values indicate greater conflict among political parties, Congress, and the President.

The index is an outgrowth of recent Federal Reserve Bank of Philadelphia research that finds that the index tends to increase near elections and during debates over such contentious policies as the debt ceiling and health-care reform. Research suggests that increased partisan conflict increases uncertainty among firms and households. Such uncertainty has been shown to slow economic activity by delaying business investment and consumer spending.

The Federal Reserve Bank of Philadelphia will update the Partisan Conflict Index monthly to allow researchers to continue to test this theory by observing how the indicator moves in relation to the salient economic policy issues of the day.

A complete list of sources and details on the construction of the index can be found in “Partisan Conflict,” a working paper by Marina Azzimonti, a former Philadelphia Fed economist who is now an associate professor at Stony Brook University.