Betting Against Trump Was a Market Winner Again
An index of companies he attacked blew away those he favored.
Bloomberg, February 1, 2019

Two years ago, a new presidency began, stylistically different from the one before it. As inauguration approached, I wondered: How would President Donald Trump affect the market performance of the industries and companies he championed and those he attacked?

The period between Election Day and the inauguration was filled with aggressive Twitter broadsides by the president. He tweeted at companies by name; he yelled at or praised their chief executive officers; he caused their stock prices to gyrate madly. What were the long-term consequences of being on the president’s good or bad side?

To find out, we created a pair of indexes, and tracked them for a year. The Oligarch (companies he favored) and the Drain the Swamp (companies he denigrated) indexes were filled with companies straight from the feed of the tweeter-in-chief. This allowed us to track how well or poorly they did relative to their relationship with the president. What impact would he have on the companies’ market performance?

Asked more simply, if you run a publicly traded company, was it better for your stock price to be Trump’s friend or foe? 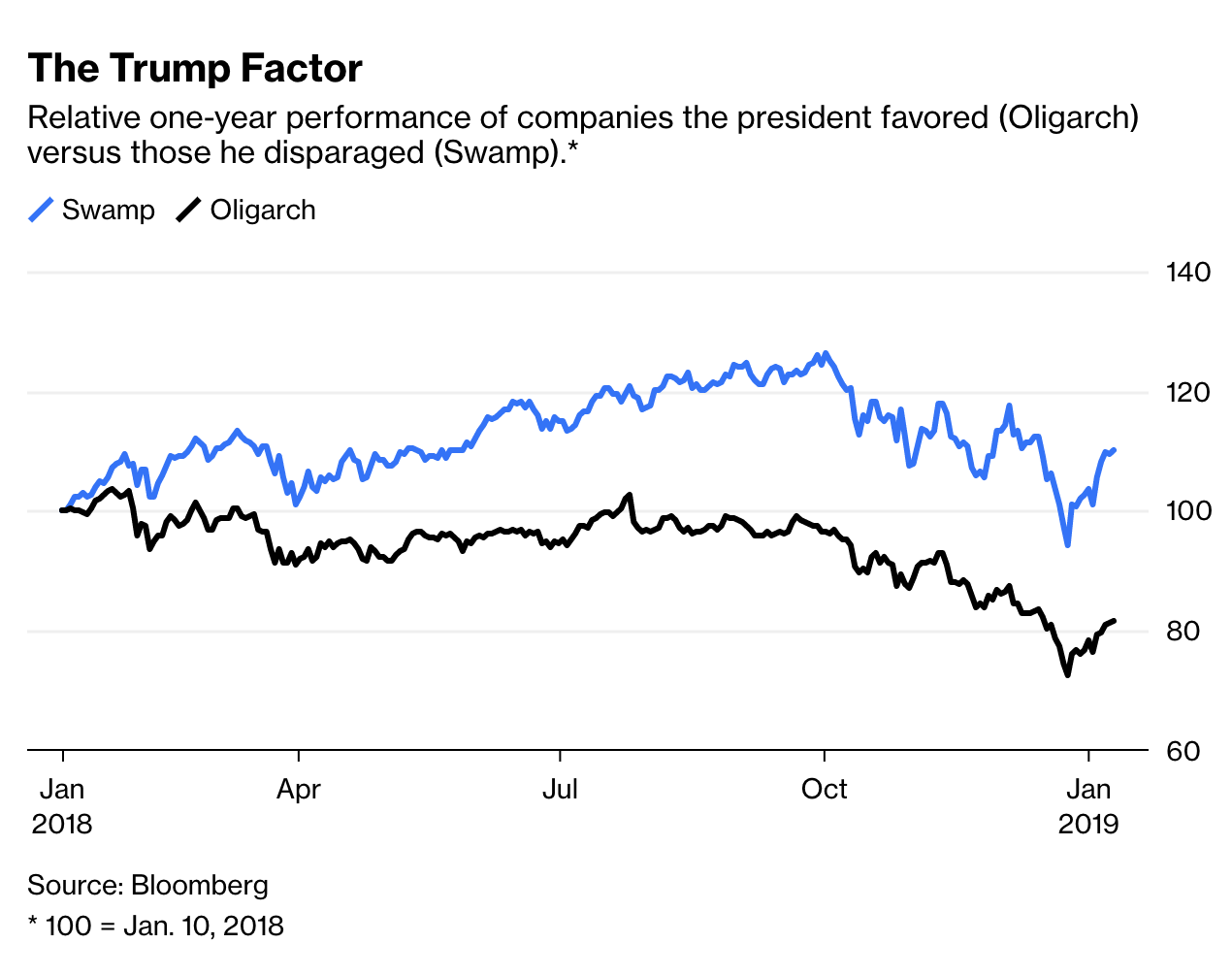 I originally published this at Bloomberg, February 1, 2019. All of my Bloomberg columns can be found here and here. 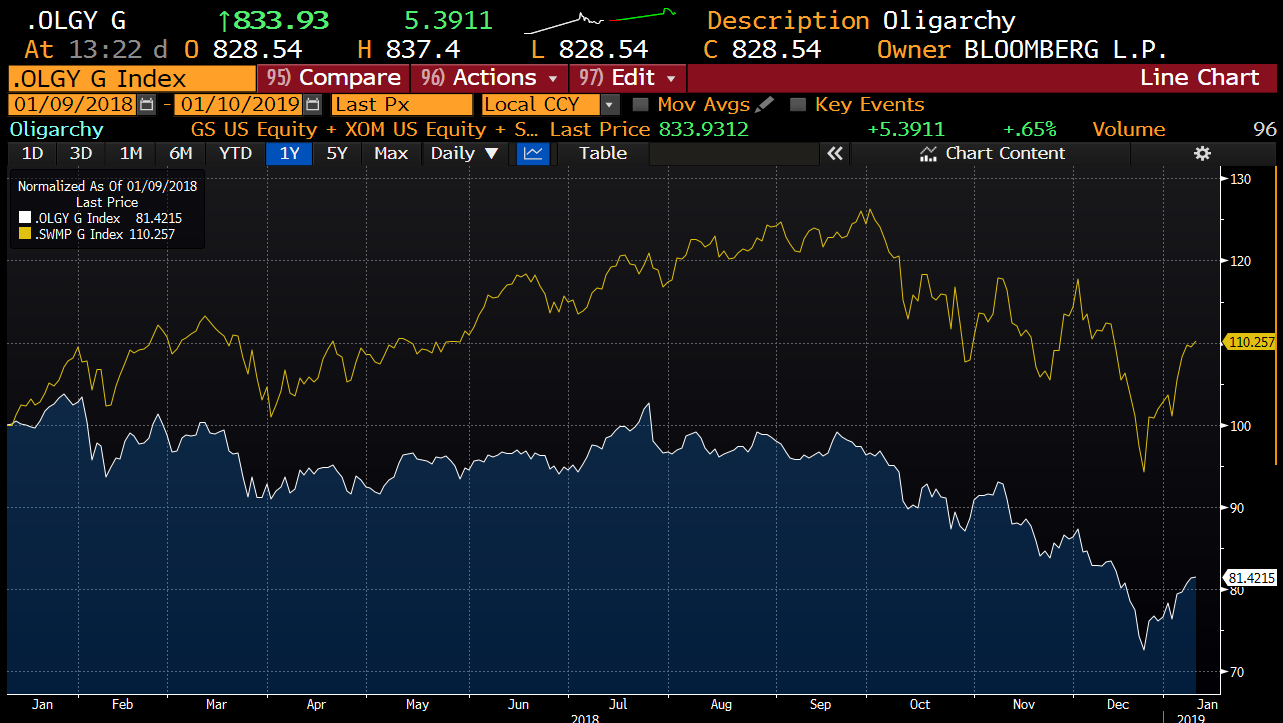