Jack Bogle passed away today at 89.

He was a legend — that’s a word rarely used correctly in finance, at least not the way it should be used.

Tomorrow, I will post a more coherent set of thoughts, but tonight, I have read enough wonderful things that I want to share a few here with you now.

Let’s begin with the Philadelphia Inquirer — more or less the local paper to Vanguard, headquartered in Malvern, Pa. My friend Erin Arvedlund co-authored a lovely piece, more retrospective than obit. (You can read that here). The Inquirer also has a nice timeline history of his career.

Bogle was a force of nature. I was privileged to sit down with the man in 2016 for 90 minutes of conversation. Really, all I did was give him the smallest of nudges, then got out of the way. It was delightful.

You can hear him on Freakonomics, discussing the index revolution:

“The number comes out to around a trillion and a half flowing into index funds and a half a trillion flowing out of active funds, which is a $2 trillion shift in investor preferences. It is a revolution.”

Others were similarly influenced by the impact Saint Jack made. In his 2016 letter to investors, none other than Warren Buffett had this to say:

“If a statue is ever erected to honor the person who has done the most for American investors, the hands down choice should be Jack Bogle. For decades, Jack has urged investors to invest in ultra-low-cost index funds. In his crusade, he amassed only a tiny percentage of the wealth that has typically flowed to managers who have promised their investors large rewards while delivering them nothing – or, as in our bet, less than nothing – of added value.

In his early years, Jack was frequently mocked by the investment-management industry. Today, however, he has the satisfaction of knowing that he helped millions of investors realize far better returns on their savings than they otherwise would have earned. He is a hero to them and to me.”

How many people in the finance industry ever receive accolades like that from a man like Buffett? Bogle is peerless — there simply are no others he can be compared to.

Charlie Ellis, a former Vanguard Board member and author of Winning the Loser’s Game, Timeless Strategies for Successful Investing, had this to say:

“Jack was an entrepreneur on a grand scale. Who else could have figured out how to build Vanguard from a base unit of a few dozen “back office” people? Time and again, he “broke the rules” to launch a new kind of investment organization. Then, after mandatory retirement, Jack reinvented himself as the best known and most admired source of wisdom for millions of investors who needed straight forward guidance on how to invest sensibly for the long term, People trusted him and his advice and he worked hard all the way to yesterday to tell it straight. No wonder folks called him Saint Jack.”

My colleague Eric Balchunas once calculated how much money Bogle actually saved investors since Vanguard was founded. He came up with $175 billion dollars — and that was in 2016. If you include “The Vanguard Effect” as the impact on other company’s fees came to be known, perhaps it was as high as a trillion dollars.

Some of my colleagues have over the years had the opportunity to interview or discuss his works. Justin Fox wrote this up in 2003 for Fortune: Saint Jack on the Attack; Michael Regan did a Q&A With Jack Bogle in November 2016; it is required reading.

Consider what William Bernstein, one of my favorite finance authors, noted in Erin’s Inquirer piece above; Bernstein makes the claim that Vanguard’s unique innovation that makes it such a singular entity is the fact it is owned by its own investors: “Jack could have been a multibillionaire on a par with Gates and Buffett. [Instead, Vanguard] “exists to provide its customers the lowest price. He basically chose to forgo an enormous fortune to do something right for millions of people. I don’t know any other story like it in American business history.”

The firm itself noted this in today’s press release as simply “The Vanguard Experiment.”

“It was an experiment in which mutual funds would operate at cost and independently, with their own directors, officers, and staff—a radical change from the traditional mutual fund corporate structure, whereby an external management company ran a fund’s affairs on a for-profit basis.”

My pal Morgan Housel echoed that sentiment, with this insightful observation: “John Bogle built a nonprofit business with $5 trillion under management. What would have been profit effectively went to retirees. He’s the biggest undercover philanthropist of all time.”

I especially like Rick Ferri’s word-smithing here: “You cannot measure the quality of a man by the size of his bank account, but in John Bogle’s case, you can measure it by the size of your bank account.” You can hear Rick’s interview with Jack here.

The BogleHeads took note of Saint jack’s passing. “He could’a been a billionaire. Instead he made hundreds of thousands of us investors millionaires.” said one member of the Bogleheads community; “This man and his ideas have helped my family in uncountable ways since 1982,” said another.

Buffett again: “Jack did more for American investors as a whole than any individual I’ve known. A lot of Wall Street is devoted to charging a lot for nothing. He charged nothing to accomplish a huge amount.”

I’ll give Cliff Asness the final word: “We knew this was coming but it’s still a very sad day. He was my hero. No single person ever did more for investors while asking less for himself. Or close. And he was old school class. We won’t see his like again.”

Some personal photos after the jump.

Vanguard at a glance 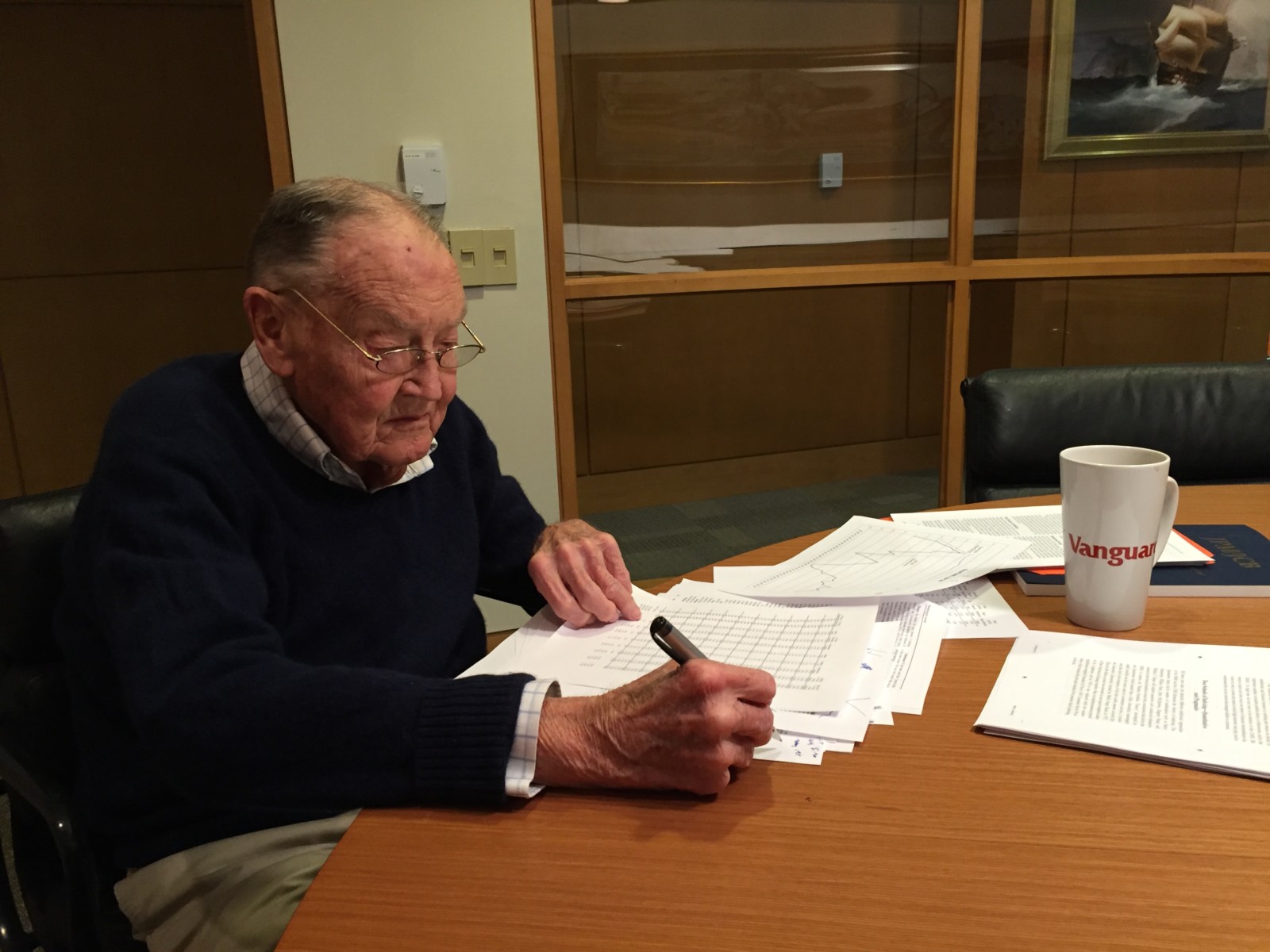 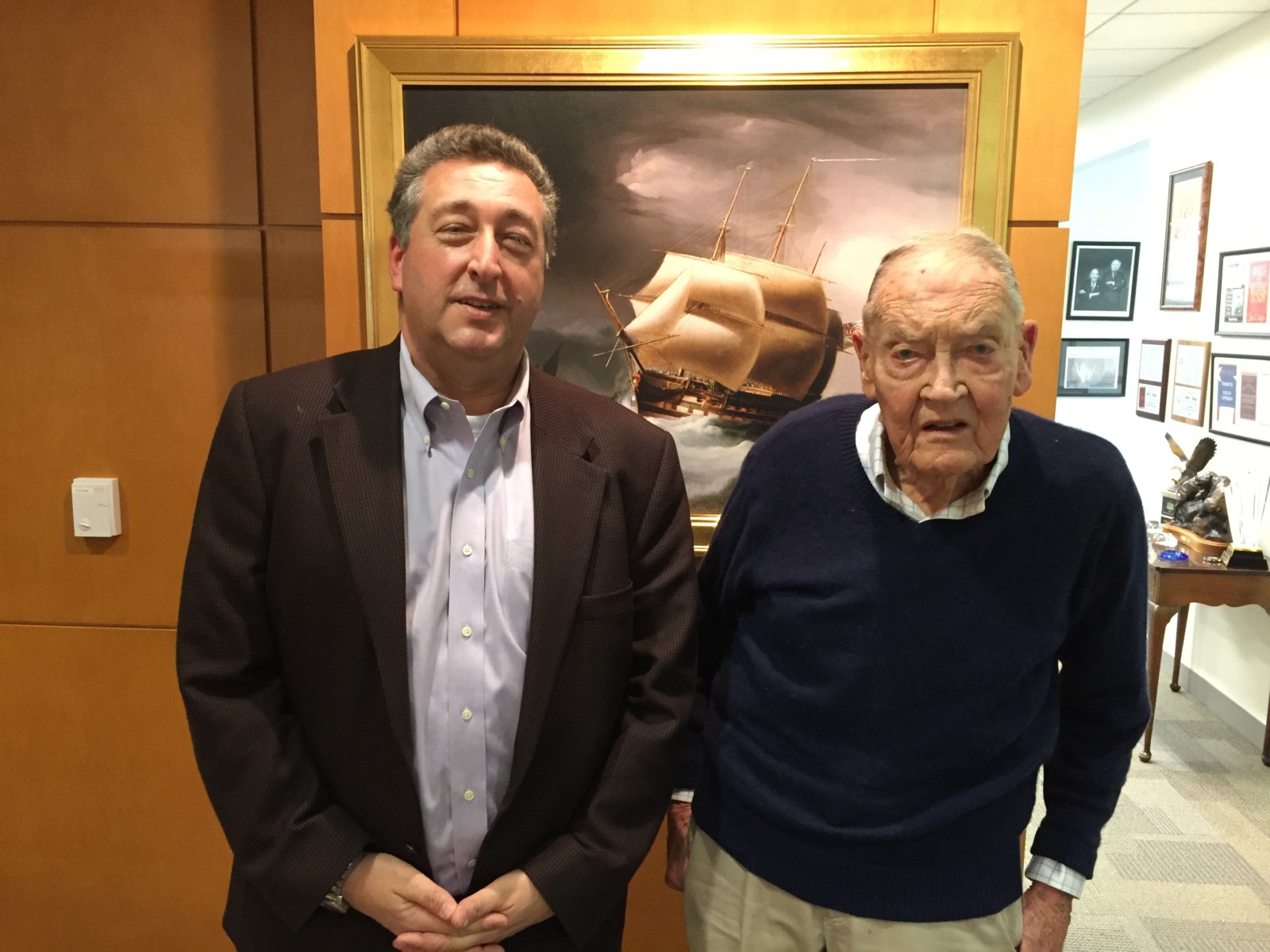 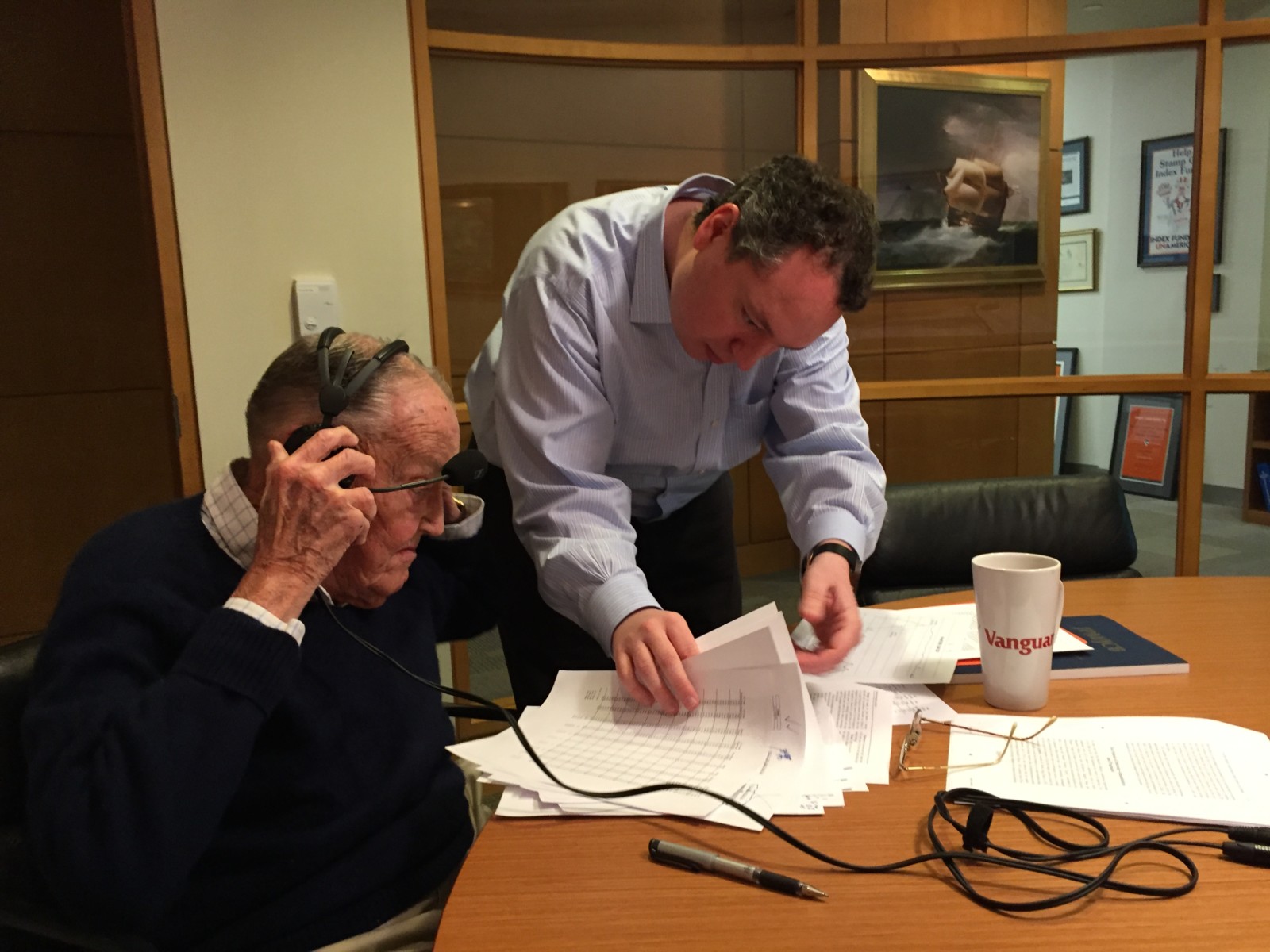 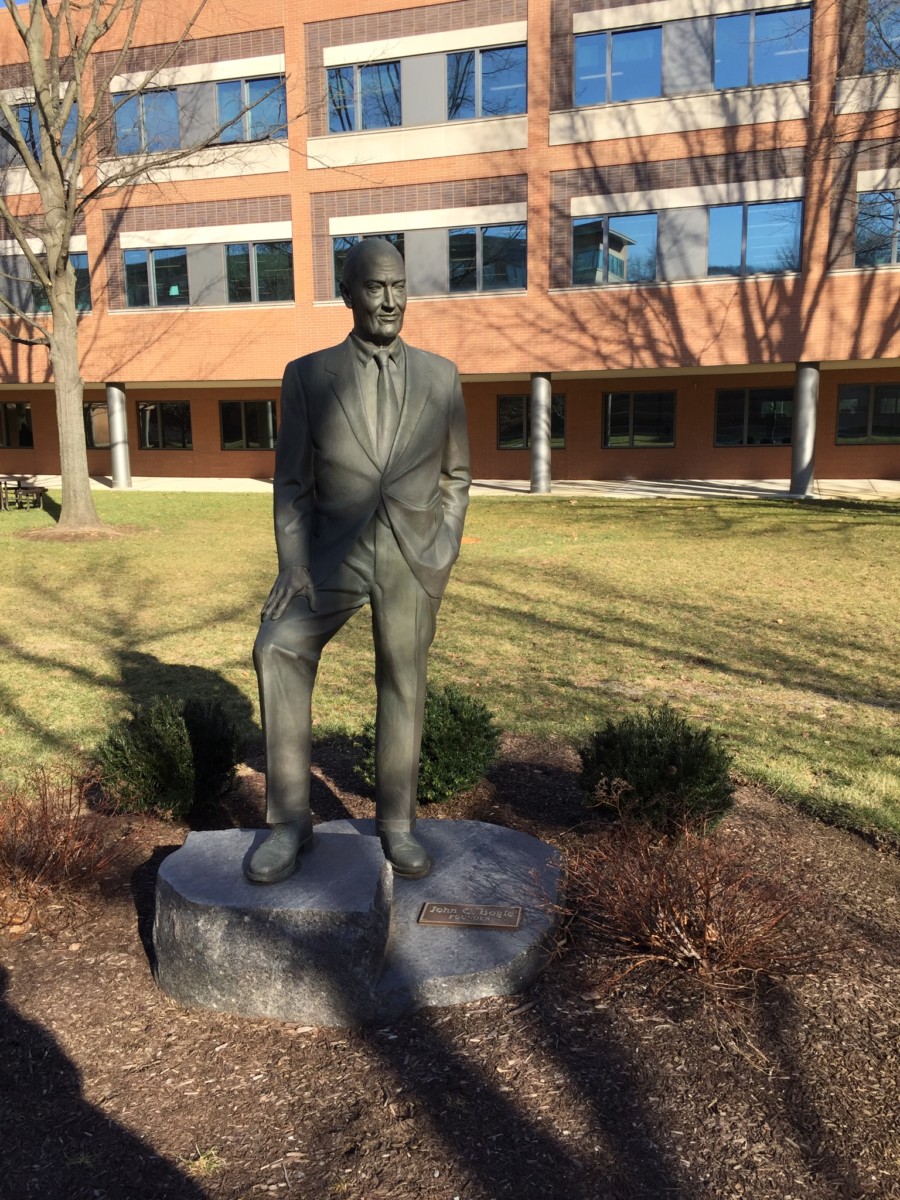 Vanguard is About Much More than Low Costs, October 12, 2017 (Bloomberg)

Blair on the Gender Gap in Finance