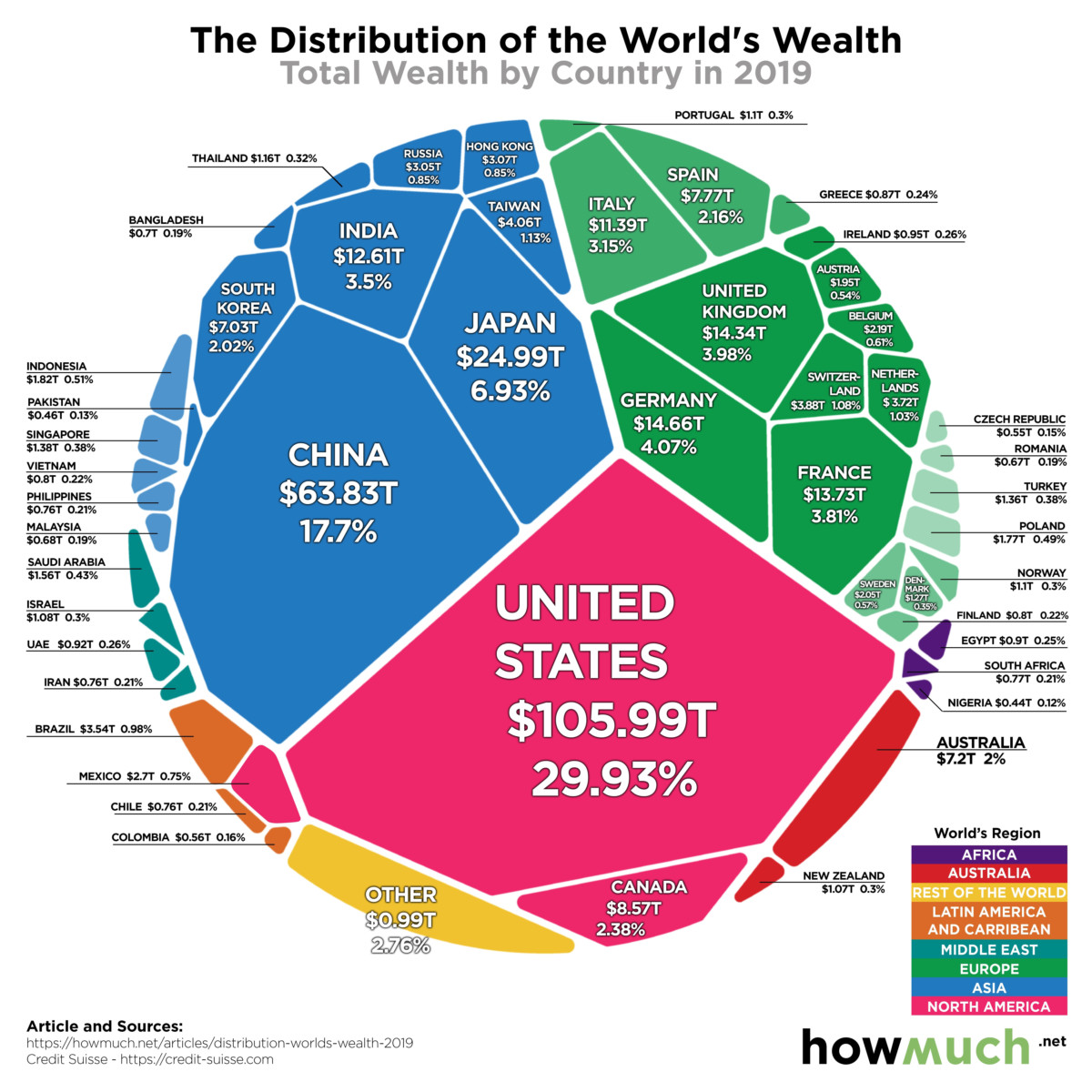 The U.S. still controls far more wealth than any other country: Americans control almost 30% of the entire world’s wealth, and China, Germany and Japan are not that far behind anymore. Collectively, Asia is higher than the USA, and Europe is about the same.

But this average is misleading. This astonishing growth reflects the rising fortunes of America’s richest people. Other countries are seeing similar patterns of growing inequality: The richest 10% in China surpassed the U.S. last year.

“The US, China, and Europe contributed the most towards global wealth growth with USD 3.8 trillion, USD 1.9 trillion and USD 1.1 trillion respectively. This year’s report also provides a deep dive into wealth in the 21st century. While the century began with a “golden age” of robust and inclusive wealth creation, wealth growth collapsed during the financial crisis and never recovered to the level experienced earlier.”

We have discussed this on a strictly US basis previously (see below). I guess we should not be surprised that similar distributions exists elsewhere — even in Communist China and Russia…